On my way to do groceries.

Cool enough to have a fire.

Great to see my friend Kevin interviewed in this.

COVID-19 has taken a great deal from society, including for many, time spent getting to work. That used to be found during a simple transit ride. It’s a daily ritual that goes back generations – allowing for everything from a quick nap to working on the final points of a master’s degree. Today, we pine for a return to a time that was – even while riding with a vehicle full of other travellers – all ours.

Time quietly appropriated doing what we want to do, rather than just what has to be done. Since the early part of the 19th century in North America, daily commutes have offered up precious minutes to allow the mind to be ignited by work to come or settle after a hard day earning pay.

Customers boarding a GO train in the 1960s when GO trains… 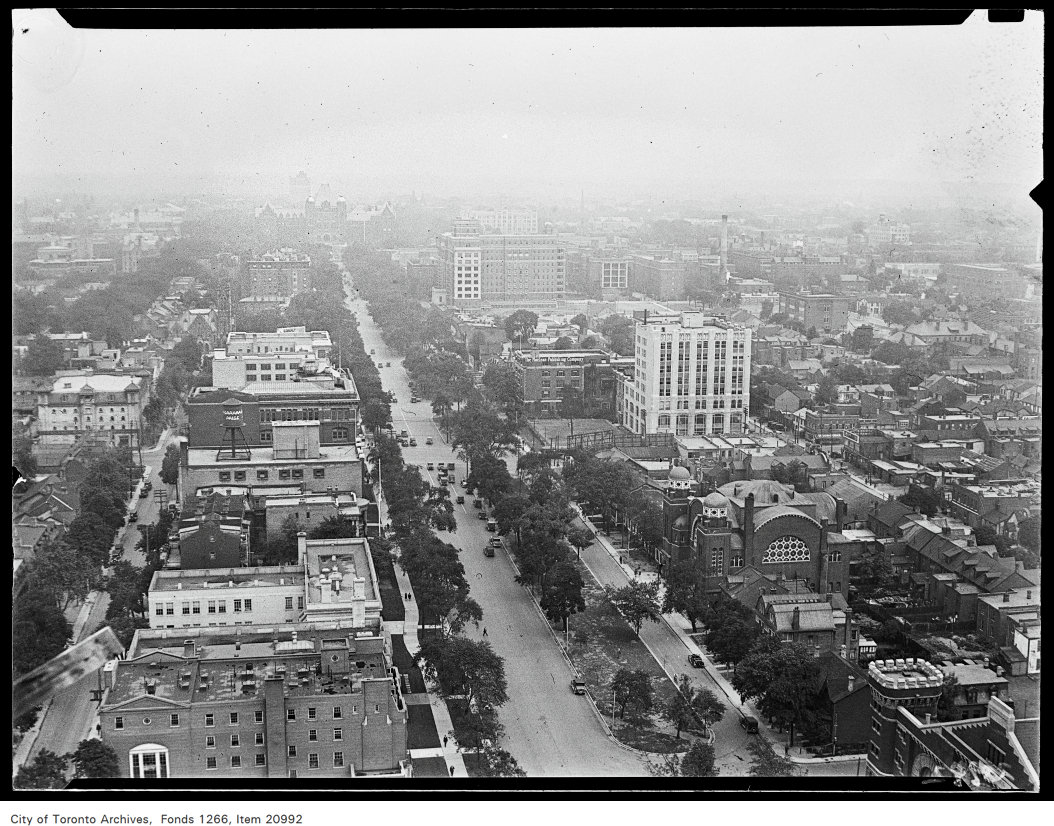 University Avenue and College Street have obvious scholarly connotations. Although the main landmark where these two streets intersect is a political institution, what once stood at the site gives us a fascinating insight into their history, including the lost streets within them. 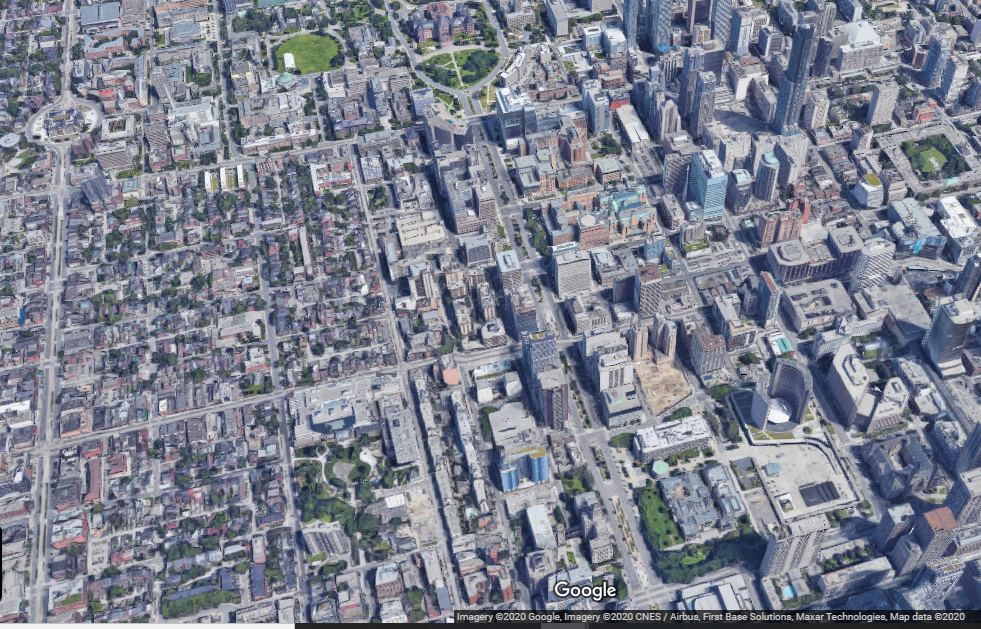 In 1827, John Strachan, the archdeacon of the Town of York, was looking for a university for the new colonial settlement. After visiting England, he received a charter for a new school, naming it King’s College, in honour of the monarch of the time. About 150 acres of land was acquired, consisting of park lots 13, 12, and 11 of Lieutenant-Governor John Graves Simcoe’s land division system. 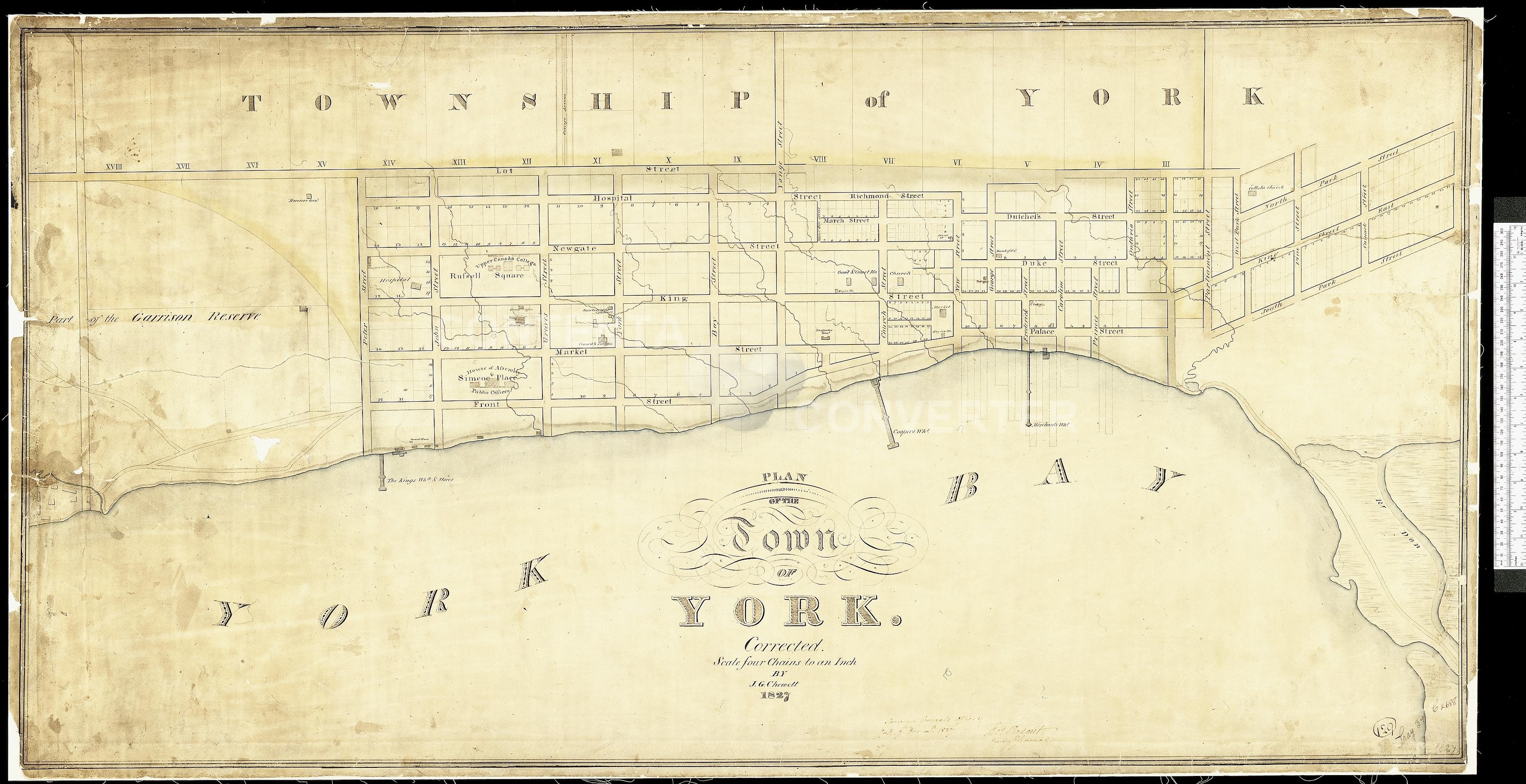 1827 Chewett Plan of the Town of York. Credit: Historical Maps of Toronto.

Many thanks to my cousin Kevin Martindale for the kind shout out on this podcast:

It happens just after the 5 min 30 second mark, but I encourage you to listen right the beginning and to the entire podcast to hear all of the music. Mike took suggestions from his listeners for the songs. He blogged about it here. Kevin explains why he picked his song, and you’ll have to listen to hear which one it is.
Mike is one of my favourite podcasters. He lives in New Toronto (Mimico/Long Branch) and is a fellow cyclist. I’ve actually haven’t met him in person yet.

Saw this post in the Classic Canadian National Facebook group and wanted to share it here. I’ve camped many times in Algonquin Park and always find it interesting to see pictures of the former active rail lines through the Park.

Posted with permission. Caption with the photos:

“Summer in the 1980s. Two families with a total of four children would load up our vehicles and head to Achray in Algonquin Park. At that time the CNR line from Brent to Ottawa had no passenger service but usually two freight trains a day passed through, It was a most beautiful sight to see an evening train snaking along the north shore of Grand Lake. We were so lucky. Thanks Lou Anne for these pictures. Line has been ripped up and is now a hiking trail.”

The above images were the original ones received. Here they are levelled out.

With friends in Grand Bend.

Happy to have contributed some photos for this @Metrolinx post by Nitish Bissonauth. Great to see the new Bay Concourse and get a preview of what it will look like when it’s fully open. The new access route will be helpful for PATH/TTC and GO Transit connections.

All the photos I took today here: https://photos.app.goo.gl/He4zhyAq7GyyMNFw9

Months after the opening of a glass-covered moat and underground tunnel running below Front Street, another route is now available – which will help thousands of customers better access the TTC.

More construction barriers are gone and connecting to transit just got easier inside Toronto’s Union Station.

Transit users can now use a second underground path, below the hub’s Great Hall, to get in and out of Union Station.

The new pathway, which opened on Dec. 23, is just the beginning of the new Bay Concourse, and will make connecting to the TTC easier.

One end is located in the Lower Great Hall, next to Dresden Vision – the level right below the VIA Rail Canada ticket booths.

The other end comes out in front of Union Station, on Front Street.

“The City of Toronto is excited to see this milestone arrive at Union Station,” said Brad…

Amazing to visit the new Garrison Crossing on opening day and just before the rain. Wonderful addition to #Toronto. Also a cool new location to see trains.

Pictures below and all available through this Google Photos link. 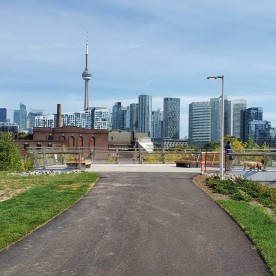 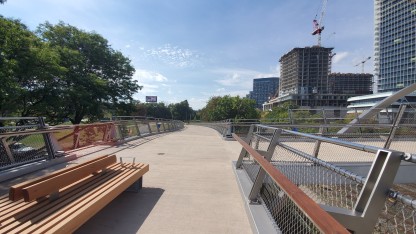 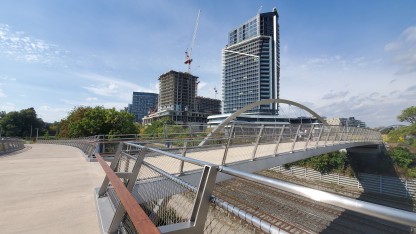 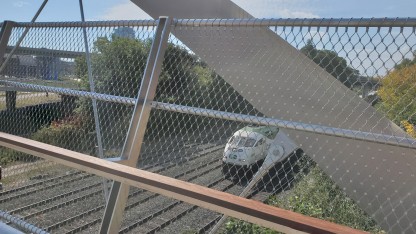 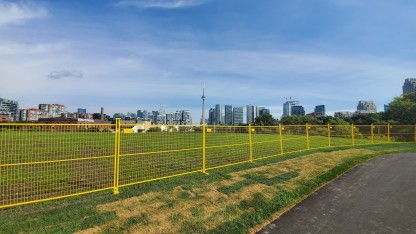 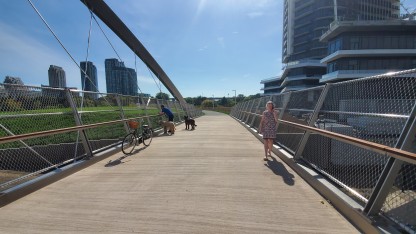 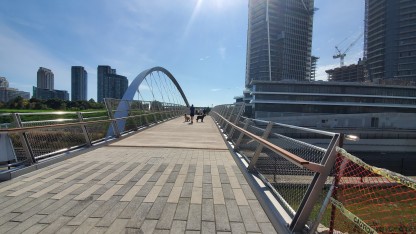 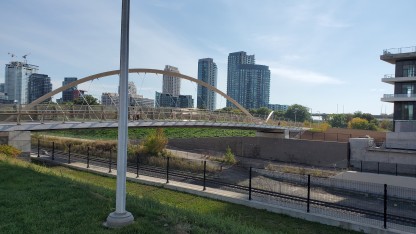 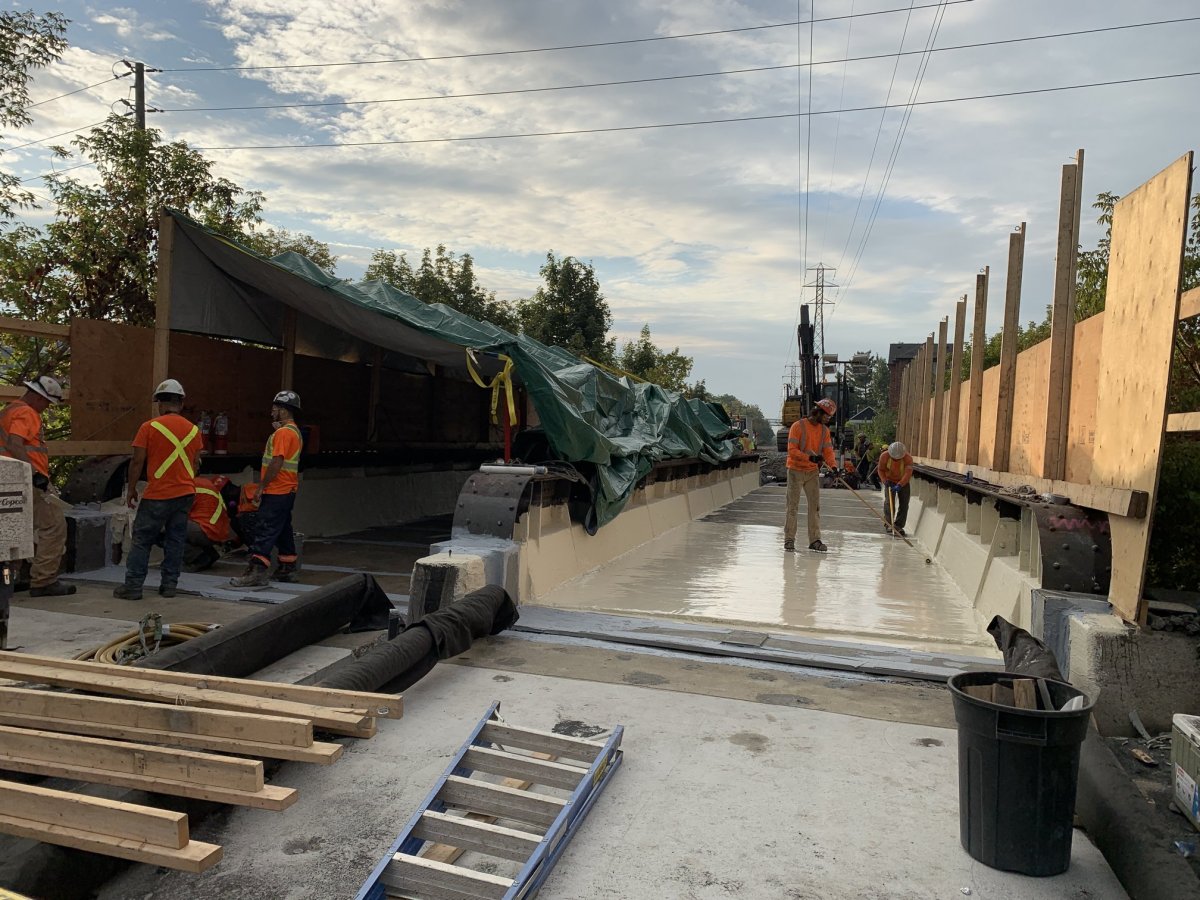 Always great to see these track-level shots of infrastructure upgrades. Note the installation of concrete ties.

Last weekend saw some temporary service adjustments for the Barrie Line and UP Express. But the pause – and patience by customers – produced some mighty work on the lines. It also led to a lesson in how past work was done, more than half a century ago.

It was one giant weekend to-do list – and all of it was checked off.

For Barrie Line and UP Express customers, last weekend (Sept 21-22) saw changes to routines as temporary service adjustments were made to allow for needed rail work. That toiling produced a lot of needed repairs and upgrades.

Hard at it – Track is installed with new concrete ties. Photo by George Wang.